The lasting impacts of the Covid-19 pandemic on compliance programs 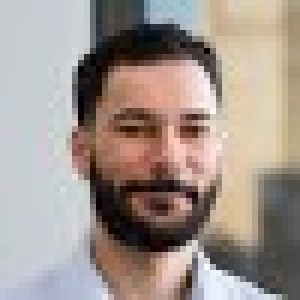 With the Covid-19 pandemic forcing many of us to stay at home while businesses had to keep their doors shut, people all over the world turned their attention to a category so integral to society that for a long time, they almost became invisible: the essential workers. The compliance sector is, of course, part of this group, so as soon as the pandemic hit, city managers suddenly found themselves scrambling to find solutions to protect both their teams and the population relying on them.

“Covid has hit us pretty hard,” Joseph Fielding, Manager III – Pretreatment Operations at Dallas Water Utilities, TX, said. “For the first three months … we didn’t do anything, we barely had people in the office. [We were] just trying to meet the rules and regulations, protect as many people as we could and not have to do anything that could inadvertently get anybody sick.”

Joseph recently joined colleagues Kristine Malmqvist, CCC Supervisor in Calgary, AB, and Jolene Montoya, Industrial Pretreatment Supervisor in the City of Flagstaff, AZ, for a discussion about the lasting impacts of the pandemic on compliance programs. The conversation took place during the first SwiftSummit in May and was moderated by SwiftComply CEO Mick O’Dwyer.

Over a year on, things have been slowly getting back to normal in Dallas. Joseph’s office is about 85% open, with staff coming in three, four, or five days a week, but the journey hasn’t been easy. “It was a big challenge for us to figure out how to do an inspection or sampling while we were away from the office,” he said.

Kristine faced similar challenges in Calgary. Internally, she and her team entered the pandemic not believing they could work remotely. Externally, her constituents were having to conciliate their own Covid-related issues with the need to knock on people’s doors at a time when the general recommendation was to avoid any contact.

What the data says

These sudden changes were felt everywhere, and the consequences can be seen in data collated through SwiftComply. According to Mick, when Covid hit North America, from the end of March into April, the level of compliance reporting — meaning the number of backflow tests, or pump-out manifests being entered into the system — dropped by 80% when compared to the previous period.

In 2021 alone, from January up to the end of April, backflow compliance reporting has decreased by 16%, while restaurant reporting is down 24%. “That suggests that some of those businesses are closed or haven’t reopened fully, or are just skipping their tests or pushing them,” Mick elaborated.

“It’s no surprise that the hospitality industry has been hit a little bit harder than other industries, and this is manifesting itself in compliance programs.”

Even within the hospitality industry, it is noticeable how some businesses were more badly affected than others. The data shows that among restaurants that have delivery options in place, compliance has gone up by 12% year over year.

Dealing with businesses under pressure

That distinction has been observed particularly by city managers interacting with the industry, as they have found themselves in tough positions when it comes to compliance. After all, how do you approach a business that had to close down to say they need to go through an inspection?

Jolene’s team dealt with a number of challenging cases in Flagstaff, from businesses that were due pump-outs asking for extensions to others who didn’t understand why they needed backflow tests if their premises were closed, not realizing that the city must ensure things work properly and safely at all times.

Dallas did the same, even going as far as offering 30-day extensions to food service establishments (FSEs) that hadn’t had pump-outs within the city’s 90-day limit. “Pump-outs cost somebody money. If you’re not getting rent, if you’re not operating and bringing in money, it’s tough to pay for these kinds of things,” he acknowledged, adding that, “If they don’t do it in those 30 days, we’ll come back and do additional enforcement.”

“We really need to make sure at all times that the water is safe for everybody to use. So to have a situation where we’re not complying with our own by-law, letting people not comply with the by-law, the national standard, the national code… we just can’t do that. It’s too much risk, not only for us as a water provider but also for all of our customers and the people that rely on us every day.”

Kristine stressed, however, that it is possible to be kind and compassionate while still enforcing the rules. “Enforcement is your last resort,” she pointed out, adding that a compliance manager’s job is to help businesses get to the place where they can keep themselves and the city safe and free from risk, “Because it’s probably one of the most important things that we do, to keep our environment and our humans safe.”

Compliance in times of Covid

Being compassionate towards businesses is just one piece of the puzzle, though, and one that comes only after city managers were able to figure out how to reach those businesses in the first place. They had to think fast to find strategies that balanced staff vs community safety.

In many cases, government bodies were forced to pause operations partially or even entirely. When polled, 25% of SwiftSummit attendees said their cities had not put inspectors back in the field yet, for instance.

In Flagstaff, Jolene suspended in-person inspections for FOG due to the uncertainty of the situation, since the constant changes regarding FSEs being allowed to operate made it almost impossible to know which restaurants are open. They tried to focus on places with delivery systems in place because they knew those would be operating and to perform outdoor inspections when possible.

Kristine added that “For cross-connection control, you typically go in and walk around the building so it’s actually fairly easy to keep a good distance from each other.” That is why her team in Calgary was able to keep running as usual. “And some of what we are able to do has actually gotten a little bit better because we are working remotely.”

On the pretreatment side, Joseph’s team in Dallas has been allowed to carry out virtual inspections, which involves relying on a third party — like the business owner — to record key points of the facility so the inspector doesn’t have to be present. But that is not an option for the FOG side, he said. “We’re trying to figure out a way to do the virtual [inspection] for some of our larger ones, like schools or hospitals, shopping malls,” he said.

Working remotely also proved to be a double-edged sword. On the positive side, technological advancements provide fast communication, and platforms like SwiftComply allow cities to run their entire compliance programs anywhere, anytime, which poses the question: do I really need to be in the office every day?

“My team, in particular, all of them can work from home … I’m prepared to work from home until we don’t need to anymore,” Kristine said. Joseph shared that feeling; with an office running on a hybrid scheme, he said that “As long as the city doesn’t come back and mandate [us to be in the office] five days a week, we’ll continue with this plan.”

But although cities have broadly learned how to communicate and collaborate better through digital platforms, Jolene talked about how the pandemic ended up exposing the differences between the classes of workers that can and can’t work remotely. Having a large portion of the municipal staff at home brought some animosity towards the first group, she said, and that tanked the morale among those who couldn’t afford to stay home.

“It creates the feeling that it’s us versus them, they can work from home, do a hybrid but we have to be in here so we’re a different kind of people now. And I think a big hurdle for us at the city to overcome is, to make sure that we’re still one team … that we still have a good working relationship with everybody in the City Hall and at other plants,” she said.

Kristine pointed out that we are not really the same, “And that’s the difference between equity and equality.”

“Those folks who treat the water for us to drink, treat the sewers for the environment, that fix the pipes so things go where they need to go, that can’t be done from home, and I think that’s the difficult part, in that you’re not the same, but you’re all important.”

Adapting to a post-‘new normal’

Mick mentioned a recent study with 600 local government officials in which 79% said they were using more technology due to Covid, and 72% of them expected that change to be permanent. This is something that resonates with public managers in general but is particularly true for compliance specialists that suddenly saw their operations migrate to remote systems.

Joseph noted that, with Covid, a lot of processes began to be digitized and automated, which simplifies workflows in and outside of the compliance department. Dallas is now operating with plenty of webforms, for instance, so there is no need to fill out a paper copy and scan it to email it out. “You can complete the documentation, e-sign it, and then move the process along a day or two faster than they have been in the past,” he said.

“We brought SwiftComply online recently, for our FOG program, and it’s making my inspectors’ lives a lot easier,” Joseph added. “We can keep them in the field more and less in the office, where they are in their own vehicle and having limited contact with people because they don’t have to come back to the office and do a lot of report writing. They can do it all in the field with the tablets that we’ve got them to migrate to with the SwiftComply change.”

When asked about any changes related to the pandemic that could stick around once the world is finally Covid-free, both the panelists and the audience seemed to agree that remote working is here to stay, even though there have been some hiccups and small setbacks.

With the technology available today, plus all organizational efforts made throughout 2020 and now in 2021, cities have proved they are ready for more flexible working conditions. “People are really enjoying the ability to have a little bit of remote working,” Joseph confirmed. “We’re still getting the same work done, we’re just doing it in a more efficient manner.”

This was the first SwiftSummit

Join us on 11th May for SwiftSummit